CityU School of Law, in cooperation with Hong Kong International Arbitration Centre (HKIAC), held the 25th Goff Arbitration Lecture via Zoom on 14 October 2020. This year, we are honoured to have Ms Lucy REED, an independent arbitrator at Arbitration Chambers in New York, as the speaker to give a lecture titled “Arbitrator ‘Temperance’: David Caron’s Rule of X”.

The lecture was kicked off by the welcome speech of Professor TAN Cheng Han (Dean of School of Law and Chair Professor, Commercial Law, CityU). Professor Tan explained the background and the aims of Goff Arbitration Lecture. He also introduced the speaker and thanked all the participants for their support for the lecture. 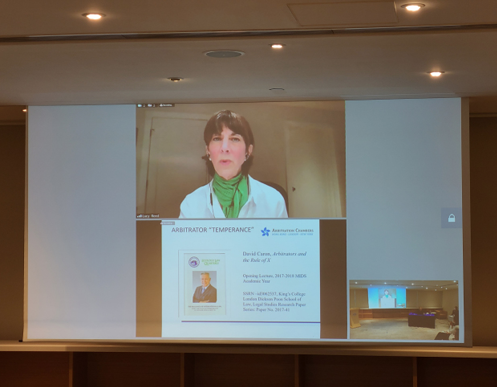 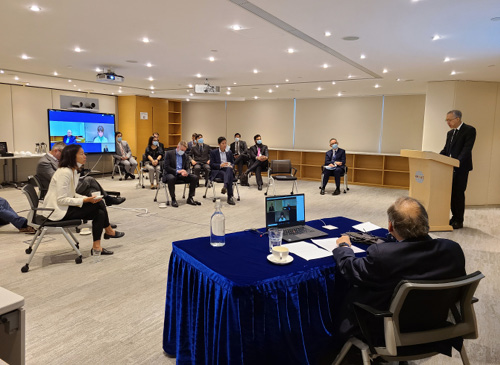 Ms Reed’s lecture focused on the merits of arbitrator self-discipline in managing caseload and work. She further developed the late David Caron’s “Rule of X” which, in simple form, is that each arbitrator should set a number – X – as the upper limit of cases that he/she is capable of managing responsibly at the same time, while also balancing his/her own life outside arbitration. According to Ms Reed, the number is strictly individual, varying over time with personal circumstances (including experience, age, competing commitments, career stage) and with the demands of his/her caseload (including chair versus co-arbitrator responsibility).

Ms Reed said that “X” was a maximum of eight to ten cases for her when she was a professor and director of an international law research center; but for her right now as a full time arbitrator, it is a maximum of ten to fifteen cases. She suggested the arbitrators to identify the potential factors and run their own “X” equations. 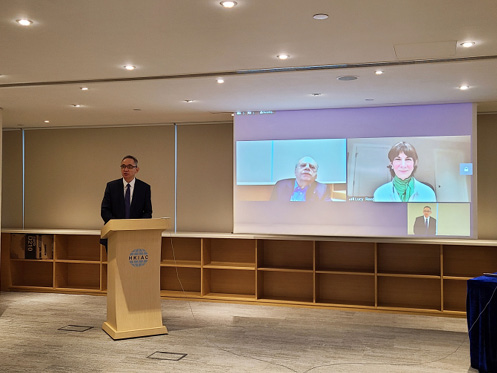 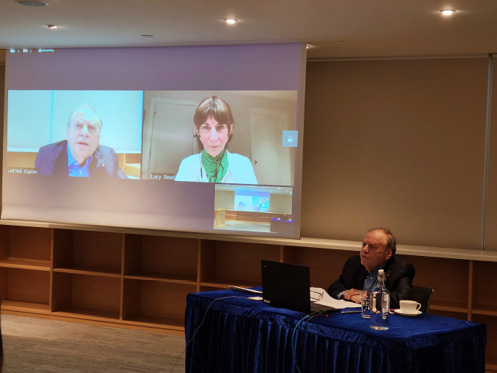 The Goff Lecture was instituted in 1990 by the City University of Hong Kong to celebrate the commencement of our Master of Arts in Arbitration and Dispute Resolution. The rst lecture was delivered by Lord Goff of Chieveley, Lord of Appeal, who then consented to the series bearing his name. The Goff Lecture provides an excellent opportunity for discussion and exchange of views among practitioners and academics in the arbitration eld. Over the years, the Goff Arbitration Lecture has gathered 24 eminent scholars to share their views on arbitration.

Ms Lucy Reed is President of ICCA and a Vice-President of the SIAC Court. Over her career, Lucy has represented private and public clients in investment treaty and complex commercial arbitrations and sat as arbitrator in some 50 cases. Her earlier positions include Co-Director of the Claims Resolution Tribunal for Dormant Accounts in Switzerland, general counsel of the Korean Peninsula Energy Development Organization and, while with the US State Department, the US Agent to the Iran-US Claims Tribunal. A New York qualified lawyer, she was educated at the University of Chicago Law School and Brown University.