“Third Party Funding for Arbitration in Hong Kong: A New Chapter to Boost the Access to Justice” 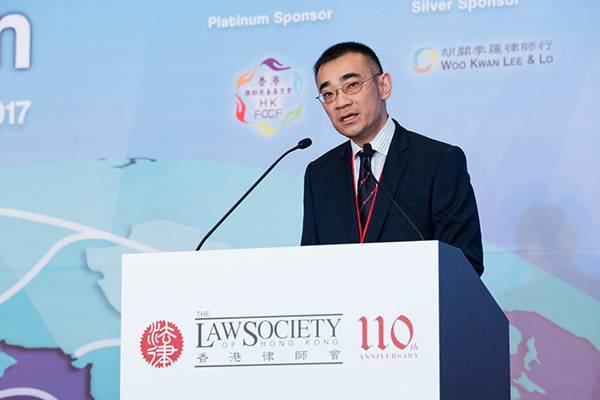 For arbitration funding, there has been much discussion, which culminated in a report issued by the Law Reform Commission of Hong Kong (“LRC”) on Third Party Funding for Arbitration on 12 October 2016. After lengthy public consultations, the Arbitration and Mediation Legislation (Third Party Funding) (Amendment) Bill 2016 was published in the Gazette on 30 December 2016 and introduced into the Legislative Council on 11 January 2017.

For an overview of the background of third party funding in Hong Kong, readers can refer to the two feature submissions, among many others, from the January and November 2016 issues of the journal.

Highlights of the Ordinance

The Ordinance unequivocally provides that third party funding of arbitration and mediation are not prohibited by the common law doctrines of maintenance and champerty (s. 98E, K and L).

One should not lose sight of the provisions relating to mediation. I would underline for the attention of those members practising in mediation s.98T. That provides for communication of information for third party funding of arbitration.

I read with interest Chapter 5 of the Law Reform Commission Sub-committee’s Report of 19 October 2015. This 2015 Report contains a user-friendly summary of the possible benefits and risks of third party arbitration funding. This may assist members to respond to enquiries from potential funded clients and funders, and also to manage expectations of clients in an applicable matter from the outset.

For the fuller texts and other related background documents, members could refer to the Ordinance and other papers posted on the LRC and the Legislative Council websites. For example: http://www.legco.gov.hk/yr16-17/english/counmtg/agenda/cm20170614.htm.

While its operation remains to be seen, members should note a potential challenge to the new third party funding regime in Hong Kong. There is a notable absence of any statutory power under the Ordinance for an arbitral tribunal to make an adverse costs order or a security for costs order against a third party funder should it be appropriate to do so (eg, where there have been cogent evidence of abuse of process). It remains to be seen how this would impact third party arbitration funding. Where appropriate, members may consider advising their clients of the potential consequences. I welcome members to share any experiences in this regard with the Law Society’s relevant committees in due course.

Getting Ready for the New Opportunity

To prepare for the new dynamics in third party arbitration funding, members would do well to keep abreast of the related legal and regulatory developments, the Code of Practice (to be issued), the funding industry and reputable candidates that offer third party funding in Hong Kong.

Moreover, members should ensure they remain compliant with the duty of care at common law and relevant provisions of the Hong Kong Solicitor’s Guide to Professional Conduct (Volumes 1 and 2), the Legal Practitioners Ordinance (Cap.159) and other relevant requirements that may apply to third party arbitration funding. I envisage that, from members’ perspective, some ethical standards to be negotiated and addressed in the third party funding agreement, and/or the funded client retainer with the law firm, could include the following:

For starters, the professional conduct and legal duties of members under Hong Kong Solicitor’s Guide to Professional Conduct (Volume 1, Third Edition) and the corresponding common law requirements will apply to third party arbitration funding. Those include, among others, the duty to exercise diligence, care and skill under r. 5.12, the duty to act competently under r. 6.01 and the duty to inform the client about costs (and how costs are met, (eg, any third party funding)) under r. 4.01. While the light-touch regulatory approach has been adopted in Hong Kong to third party arbitration funding, members should avoid underestimating relevant risks. It is important to continue to exercise proper risk management and conduct adequate due diligence checks, in order to avoid possible abuse of the new regime by any rogue funder.

Members should also pay attention to the meaning of “arbitration funding” in s. 98O which states that: “This Part [10A] does not apply in relation to the provision of arbitration funding to a party by a lawyer who, in the course of the lawyer’s legal practice, acts for any party in relation to the arbitration.” The section goes on to define the word “lawyer” broadly to include the “legal practice and any other lawyer who works for, or is a member of, the legal practice”. If a member plans to engage in a funding role, he or she would need to ensure effective systems and processes are in place to conduct relevant checks in the matter. This includes, among others, identifying any conflicts of interest and other concerns at the outset of the matter and regularly monitoring the situation thereafter and taking steps to mitigate any risks if necessary to avoid breaching s. 98O to Part 10A. Firms should on the other hand ensure relevant training, policies and systems are updated to manage the risk. For example, a red flag may arise where a member of a law firm is asked to act for one of the parties in an arbitration in which another member of the same firm is engaged as a third party funder, whether now or later (and vice versa).

In conclusion, without repeating the Law Society’s submissions to the Consultation on Third Party Funding for Arbitration (dated 5 January 2016) in support of the third party funding in general, I welcome the passing of the amendment bill to the Ordinance.

Arbitration in Hong Kong has finally come of age under the amendments. An arbitration involving a third party funder now is no longer merely an “alternative” dispute resolution process. For a party who may have the option of going to court or arbitration but who might otherwise be deprived of access to justice due to lack of proper funding, arbitration now becomes a feasible option.

To tap into the anticipated business opportunities and to respond to enquiries, members are encouraged to familiarise themselves with the provisions of the Ordinance ahead of the commencement date(s) of the amendments (to be announced as of writing). In light of the risks and relatively young third party funding arbitration industry in Hong Kong, members should also stay vigilant and mitigate the professional conduct risks and other concerns going forward.

To assist members, the Hong Kong Academy of Law will arrange training on this subject as part of our ongoing CPD and/or RME programmes.

Member of the Pro Bono Committee